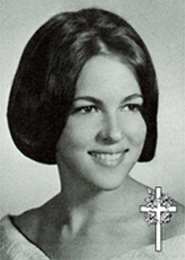 HOLLIS BERRY Hollis Anne Berry, 65, passed away January 17, 2018. Born and raised in Las Vegas, Holly moved to Taos, New Mexico in 2003. She returned to Las Vegas in 2013 to tend her elderly mother. Holly was preceded in death by her parents, James E. and Susan H. Berry; her brothers, Michael and James; her sister, Cynthia; and her nephew, Andrew. Holly is survived by her brothers, Patrick and Thomas, and his wife, Cynthia; and nephews, Simon and Aaron. Memorial service will be at 1 p.m., Monday, March 26, at Palm Mortuary, 6701 N. Jones Blvd., Las Vegas, NV 89131. In lieu of flowers, the family requests donations be made to The Muscular Dystrophy Association.