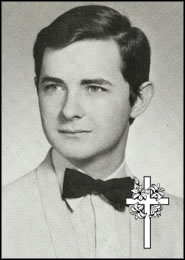 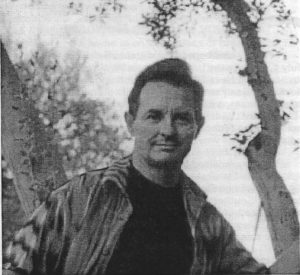 Romy was born in Henderson, Nevada on July 1,1952, to the late John Code Mowbray, former Chief Justice of the Nevada Supreme Court and Kathlyn Hammes Mowbray. Romy’s namesake was his grandfather, the late Romy Hammes, a mid-western businessman and developer, who, together with his wife Dorothy, donated the land and facilitated the founding of Bishop Gorman High School here in Las Vegas.

Romy received his primary and secondary education at St. Anne’s Elementary School, John C. Fremont Junior High School, and Bishop Gorman High School. In 1970, Romy left Southern Nevada to join his brother John, and later his brother Jerry, at the University of Notre Dame. Romy successfully completed his studies at the University of Notre Dame and earned a bachelor of arts degree in 1974.

After his graduation from Notre Dame, Romy returned to Las Vegas and opened his own real estate brokerage firm and real estate development company called Romy Hammes Mowbray & Company. Romy’s company developed several properties in Southern Nevada, including custom homes in Marycrest Estates, and condominiums in Marycrest Manor and Forest Hills. Later, Romy would call upon his development skills as a consultant for projects in Florida.

Romy returned to Southern Nevada in late 1996 to care for and assist his ailing father. Romy’s father passed away on March 5,1997. Romy was helping his mother wind up his father’s estate, before he died unexpectedly on February 16,1998.

Romy was a caring and compassionate individual who put the welfare of others before his own. Romy’s generosity was apparent from the moment of his birth. When Romy was only 14 months old when he crawled into the kitchen of his home to obtain a piece of bread which he promptly handed his infant brother Jerry. During his scouting years here in Southern Nevada, he received numerous awards for helping others. His classmates at Bishop Gorman High School voted Romy as the person who contributed the most to his class. Later, Romy would share his Sundays as a teacher at St. Annes in the CCD Program. During his Southern Nevada development days, when a worthy charity needed a contribution, Romy was the first to respond. And then, when duty called in 1996, Romy unselfishly returned to Southern Nevada to help his father and mother. No person who asked Romy for assistance was ever refused. As Winston Churchill would say, Romy made life by what he gave.

Special thanks to John Goris for supplying this PDF copy of the program from Romy's funeral service.