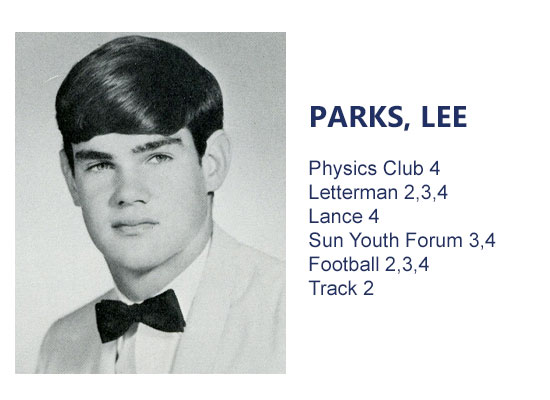 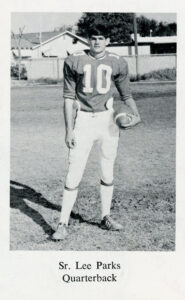 I have had to deal with the conundrum of attending a Catholic high school while lacking the key credential of actually being Catholic all my life. Without fail, at every interview, meet and greet, cocktail party or other gathering where I disclose that I attended Bishop Gorman High School as a Protestant, heads spin. When I drop the A-bomb that Gorman was located in Las Vegas, the drinking, gambling, casino capital of the world, those spinning heads explode. Trust me, it is near impossible to explain how a parochial school could flourish in Sin City. Right when my Southern Baptist friends thought they had heard it all, I shock them again by revealing the fact my summer job was working for Elvis Presley at the old International Hotel. Baptists consider Elvis to be the second coming of Satan himself, given his wild gyrations on stage, the fact he took a child bride and could cast a “devil spell” on women. These are the crosses I bear for having been a proud Gael and an Elvis fan/employee.

As most of you used to know but have long since forgotten, I came from the deep South, a military brat that moved more often than Mary and Joseph in their pre-Jesus Bedouin phase. After graduating from the University of Arizona in Tucson, I attended Emory Law School in Atlanta, and became a trial lawyer. I always liked to argue and now I get paid to do something I used to do for fun. As my career developed, I had to decide what kinds of cases I wanted to take and decided to litigate cases that are easy to win. So I specialized in race discrimination cases as discrimination was still in high gear in the South. I got some big verdicts and was making good money, but not too many friends. I diversified, took on lots of different kinds of cases and built a law firm. But we still did race cases, and two of them gave me the chance to argue before the United States Supreme Court. We won both by a 5-4 vote. 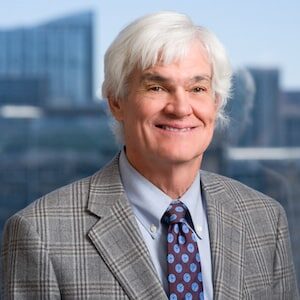 On the family front, I struck marital gold with my wife BeLinda, who is coming to the reunion. She’s from Missouri and holds the title of Cotton Queen in her home town of Sikeston. We just attended her 50th Reunion and her loyal subjects still worship her. Now I know how Prince Phillip must have felt walking alone behind his wife Queen Elizabeth. We just celebrated our fortieth wedding anniversary. The family tree has three kids, five granddaughters, ages 2-7, and we’re on our fifth Golden Retriever, Valentine. I am blessed with the best family a guy could ever have.

Retirement is not yet a status I am ready to assume. Still, I have evolved to where I spend most of my time serving as a mediator helping other lawyers get their cases settled and mentoring younger lawyers in my law firm. We take lots of long weekends at our beach house on the Florida panhandle and our family mountain house nestled in the Blue Ridge mountains of western North Carolina. The trips are getting longer.

I’m well past playing football, but still love to compete. Golf is now my main sport. My next gig will be as an author as I am finishing a book titled “By His Gallantry.” It’s about my father, a Vietnam War era fighter pilot that was a hero in anyone’s book. Some of my Gael teammates might remember him helping coach the football team. Look for it coming out soon.

Welcome to my life.