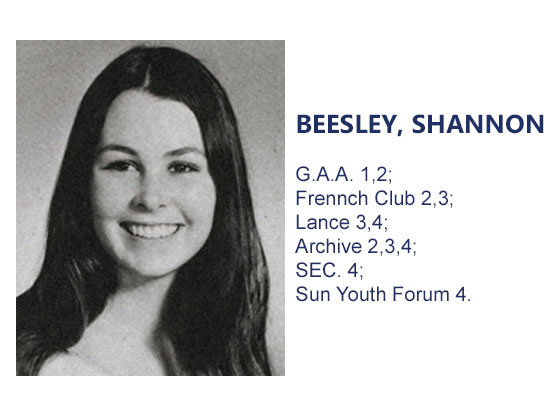 To   Whom It May Concern: 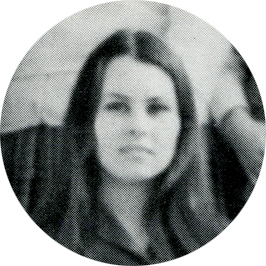 Beyond being born in Burbank, California and growing up on a desert estate across from the Stewart Ranch, a mile east of Nellis and Charleston in Las Vegas, I, Shannon Beesley communed with family, infrequent neighbors, various farm animals, and the desert flora and fauna. After attending Catholic grammar and high school I landed back in California.

"Untold want by life and land granted, now voyager sail thou forth to seek and find." Walt Whitman

For  five years I lived in Seal Beach and Long Beach, going to school at Golden West Community College, graduating and going on to Cal State Long Beach, then graduating with a bachelor’s degree in Journalism. I worked in the merchandising division at Disneyland for the duration. The last semester I moved to Carson City, Nevada to serve as a Legislative intern to Governor Mike O'Callaghan. After the session, I moved a couple of times eventually ending up in Las Vegas to work for various businesses including the Review- Journal, Jesse Emmett Realty and on to gaming: Slots of Fun, The Golden Nugget, and the MGM. After six years and saving some money, I moved to Seattle Washington where I worked and went to community college then to the University of Washington for a bachelor’s degree in Design and Planning. That was the undergraduate college for Architecture.

Disappointed with prospects there, I returned to Las Vegas at my father's behest and worked with my brother for a bit in his survey business then for an architect, Robert Fielding for a couple of projects then VTN Engineers to work in the landscape architecture department which closed down some time later. I took classes in CAD then worked in temporary positions at Southwest Gas on a computer-based mapping project, then the Clark County Assessor. When my father died in 1998, I assisted my family by getting his investments into a computer format working with accountants and attorneys as the estate needed. That became  a full-time job until after my mother died in 2012. The estate was then closed and distributed. As one of the five heirs left since the death of my brother in 2006, I have retired and spent time as a volunteer and social butterfly.

I developed  numerous  skills and hobbies along  the way and  became   involved in politics, community  activism, and  recovery groups.  My interests include scientific breakthroughs,  myths, legends,  religions and history. I learned that the key to happiness is to want what I have and thereby be   content

"For  those who fight for it, life has a flavor the sheltered will never know," movie "Sucker Punch."